Here’s some history on the Georgia Stars players:

Norman Parker started the Georgia Stars in 1988. The first year team name was the Bartow Stars. Coach
Parker’s Bartow Stars were all Bartow County 12 and under players. The Bartow Stars finished the
season with a record of 34-5. They were AAU State Runner-up and qualified to compete for the National
Championship in San Antonio Texas where they finished 24 th in the nation.
In 1989 Coach Parker Changed the Name of the Bartow STARS To The Georgia STARS. He then began to
recruit players from all over the state of Georgia to participate in the Program. The Georgia Stars won
several YBOA and AAU State Championships from 1989 to 1994. The Georgia Stars qualified to play in
the National Championship each year.
In 1994 and 1995 the Georgia Stars team won it all by winning back to back National Championships,
The teams were led by William Avery and DA Layne. William went on to play for Duke University and
after two years he was drafted into the NBA 14 TH Pick in 1 st Rd by the Minnesota T’Wolves. DA Layne
earned a college scholarship at UGA were he became All SEC 1 st team player. T J Vines Ga. Tech, Chesley
Watson-Virginia, Chris Seabrooks Pittsburg, Mark Adderson Mercer, Darius Calhoun, Curtis Martin was
some of the players on the first National Championship Team.
Also in 1994 Nike offered the Georgia Stars team sponsorship with Coach Norman Parker as director of
the program. Nike continues to help sponsor the program after 22 years. The Ga Stars have become one
of the top program in Grass Root Basketball and one of Nike’s Top Programs that participates in the new
Nike EYB League. The Georgia Stars have earned a spot in the Nike Peach Jam 17 of 20 years and
winning the 16u Championship in 2010. The STARS hit pay dirt with the 16 &amp; 17 teams in 2015. Both
STARS Teams Won the Elite Nike Peach Jam Championships. This give the Stars Program 3-Nike Peach
Jam Championships.
1998 five players from Micks joined the 17u team and Coach Parker added 16 &amp; 15u teams to the
program. The Stars continue to win several AAU State Championships and finishing in the top 10 in the
National Championship tournaments.
1999 &amp; 2000 Teams were loaded with elite talent by going back to back Final Four in the Nike Peach Jam
Finals let by Kwame Brown-NBA, Damien Wilkins-NBA, Josh Powell-NBA, Larry Turner-Pro, Mike Dean-
Pro, Fred Gibson-NFL, Marvin Lewis, Sharrod Teasley, Ezra Williams-NBA.
2001 the Georgia Stars Program won AAU State and YBOA State and went on to win the YBOA National
Championship.
2002 Team won AAU State and finished as AAU National Championship finalist. Also in 2002 Coach
Parker added a feeder program and Stars program consisted of 9u to 17u Teams. The Georgia Stars is
the largest basketball program in Georgia and ranks as one of the largest and premier program in the
Nation for Summer basketball. The program now consist of 25-teams that participates in the Nike EYBL
and major tournaments across the Country. STARS Student/athletes receives top exposure and
competes with the top players from across the country on the way to receiving College Scholarships.
2003 17u team finished the season with a Record of 53-12. This was the most wins by a 17u team in
Stars History. However, this did not last long!
2004 17u Team set several records on the way to being crown the AAU National Champions and a
overall record of 58-4. Record includes 41 straight wins before its first loss. They also were ranked #1

team in the nation with Louis Williams as the @1 player in the Nation. Louis went on to be Stars second
High School player to be drafted in first round of the NBA draft by the 76ers.
2005 17u Team finish the season at 43-16 winning four Championship tournaments and finishing in the
Sweet 16 at the National tournament in Orlando Fla. and elite eight at Peach Jam
2010 record 48-23 and the 2010 16u team won the Peach Jam Sweet sixteen championship
2011 was also a talented team as well, winning 64 games and losing 10 on way to Peach Jam final four
and winning 7-tourney championship. The teams was led by Tony Parker, Alex Poythress-Both McDonald
All Americans. Jaron Blossomgame, Kenny Gaines, Justin Seymore, Marcus Hunt,
2012,2013,2014 teams were very competitive and winning 40 plus game and competing in Peach Jam
event. Tadric Jackson and Isaiah Wilkens Jaques Smith, Noah Dickerson, some of the stars top players.
2014 team was led by Malik Beasley and first round draft pick by Denver Nuggets
2015 Stars team was one of the most Talented teams. E16 were Peach Jam Sweet Sixteen Champions &amp;
STARS E17 Team won the PEACH JAM CHAMPIONSHIP with Wendell Carter Jr. and Jared Harper
receiving the Co-MVP award. Top players were Udoka Azubuike, Abudul Ado, Trent Forrest, Brandon
Roberson, Raquan Wilkens, Nick Hopkins,
2016,2017,2018,2019 Were led by players like Chuma Okeke-1 ST Round NBA Draft pick. Jamie Lewis,,
Mohammad Abdulsalam, Jarius Hamilton,
2018 team was one of the most talented teams led by Kira Lewis, Trendon Watford.
Georgia Stars now consist of 25 teams 9u to 17u with appox. 400 players now participating. The Success
of our older Georgia Stars does not stop there. Our Younger Stars Teams are contributing in keeping the
Georgia Stars Organization on top by winning local and national tournaments, winning State and
National Championships. We are very proud of the success of our program and the younger team
contribution. They are the Future of the STARS PROGRAM!! 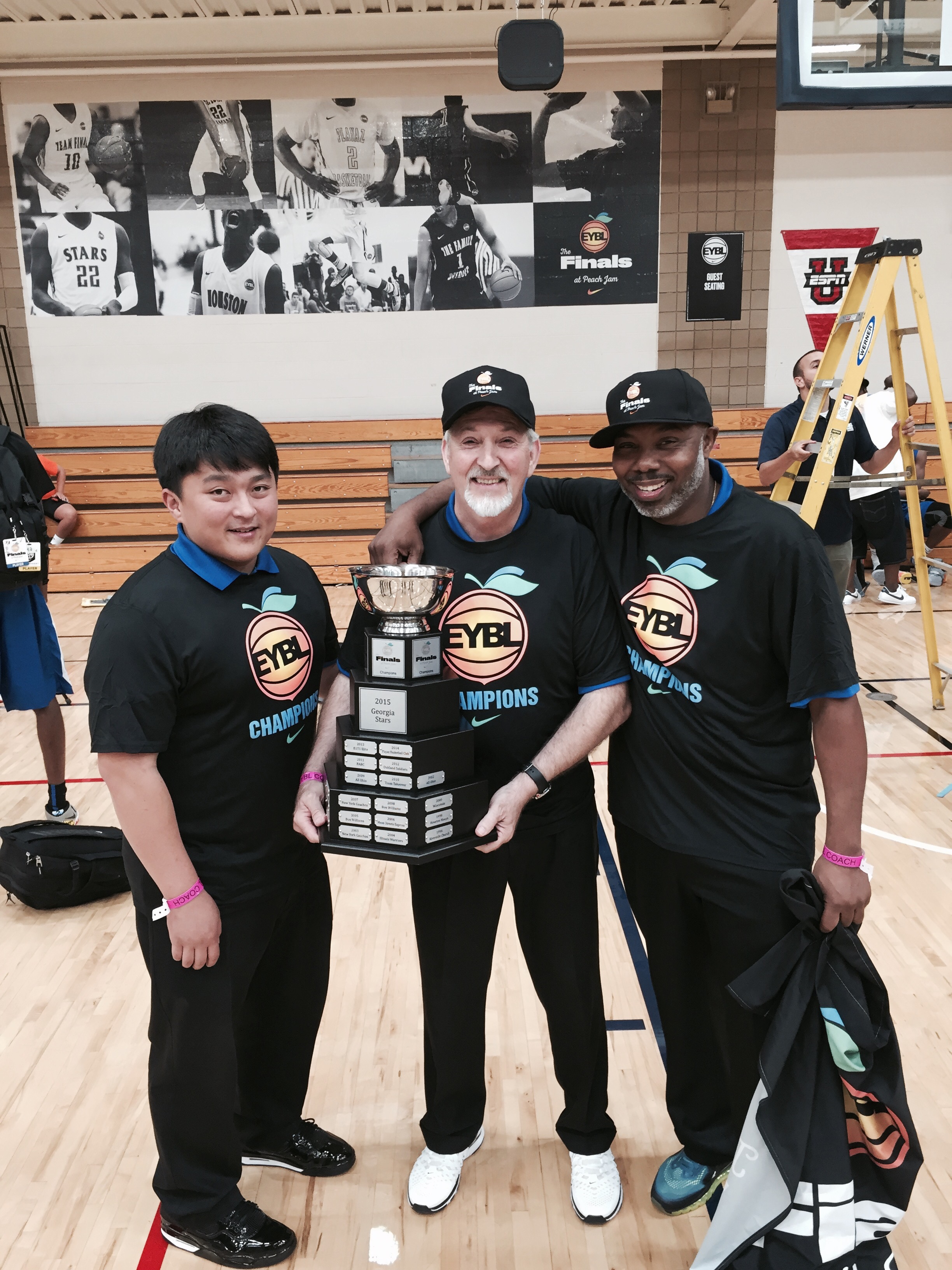 And what about our Future Stars?
The success of our older Georgia Stars does not stop there. Our younger Stars are contributing to keeping the Georgia Stars Organization on top. Below is a portion of the accomplishments from the GA Stars teams. (This list is not all inclusive.)
2008 10U National Champions. 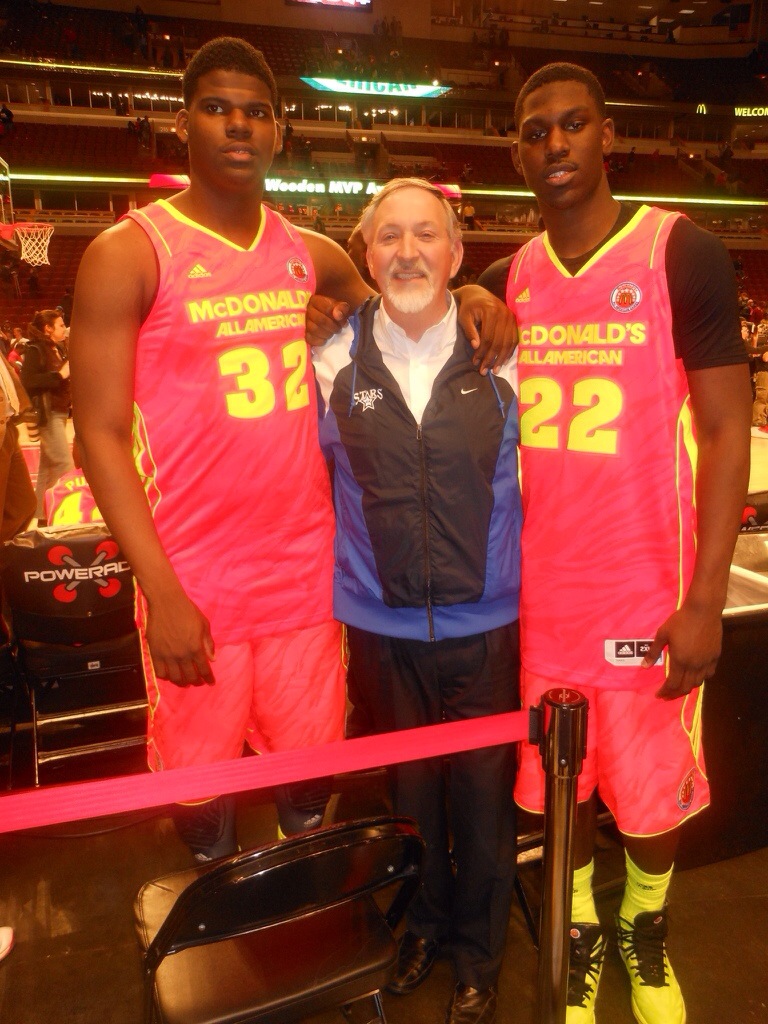